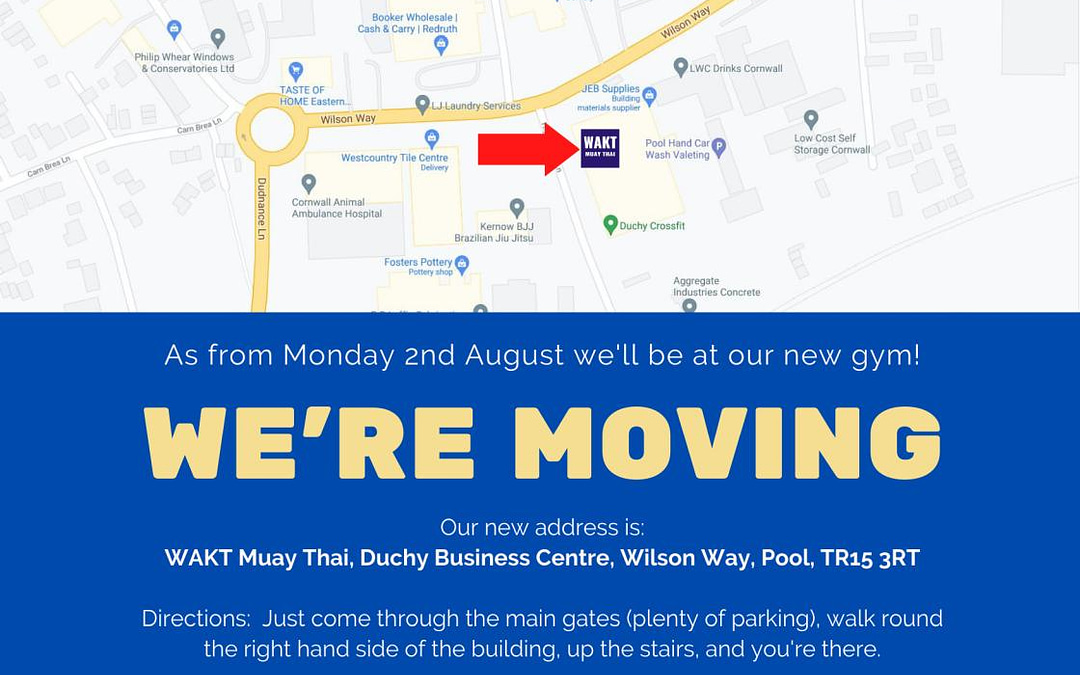 New Gym: It’s not an understatement to say that it’s been a hectic couple of months, what with Mr Al’s injury, and then been told we have to find a new gym with very short notice. The good news though, is that we fortunately have found a new place, and just signed the lease – so we are good to go.
Talk about close, we literally have 2 days before we have to move out!
The new gym isn’t that different from the old College room in size or even visually. The main advantage though is that our new space is ours 24/7, so we can really call it home and settle in properly.
The location is great too, it’s within Duchy Business Centre on Wilson Way, Pool (opposite Booker/Carters Packaging). Just come through the main gates (plenty of parking), walk round the right hand side of the building, up the stairs, and you’re there.

Grading: Just over a Month to go until the all important grading on Sunday 5th September. There’s obviously not been a grading in quite some time due to the restrictions, so it’s great to be back on it properly.
We’re well into Grading Preparation now, but if you do want to grade and you’re name’s not down yet, there is still time – so don’t let yourself down, and get involved.
The grading system offers a great level of attainment, and such an opportunity for an achievement that you can be proud of.

Pre-Grading: Now we’ve thankfully got our own place which we can use whenever required, it makes good sense to have a separate Pre-Grading, rather than trying to run it during a regular class. We’ve therefore pencilled in Sunday 22nd August at 11:00am for this very thing. The Pre-Grading is completely optional, but makes such a huge difference to the grading results, that it really is a ‘No Brainer’. This is a book in advance session with Elly (i.e. it won’t be on the website), normal lesson price of £5 which does include FREE Tea & Coffee (possibly a Hob Nob or five also).
We’ll be running through all the techniques grade by grade in a Mock Grading situation, and then working on what needs trimming up for each individual person, aiming get them the highest possible chance of getting the best score on grading day.

Book a Bag: We’re currently running 8 bags at the new gym, but more of the classic Fairtex Banana bags are winging their way to us from Thailand at this very moment in time. Hopefully sometime in mid August we’ll be able to increase the number to maximum capacity.

Big up the Team WAKT : Massive thanks to those of you that have been working with us behind the scenes on the big move, it’s so much appreciated, not just the support you’ve shown so far, but also the commitment to the actual move itself at the weekend ขอบคุณครับเพื่อน
We are all one.